skip to main | skip to sidebar


I. Synopsis/ Summary
This film will tell the story of one the most diverse neighborhoods not only in Chicago but possibly the world; the story of Rogers Park.

II. Background
A. Rogers Park is known through out the city of Chicago as the most diverse neighborhood in Chicago. The main selling point of this neighborhood is you won’t see just one culture, but a melting pot of different people working and living together.
B. The main question this film would raise is: How can we duplicate the diverse nature of this neighborhood and spread it around to more areas of the country?

A. The characters of this film will be the people living in the neighborhood and how they feel about seeing different races and cultures everyday.
B. The event will be the sign of change that Rogers Park endured to really separate the neighborhood from every other one in Chicago.
C. A brief tour of where exactly Rogers Park is. Also, maybe give a reason that location could be one reason Rogers Park is so diverse.
D. The story line will follow the people living and working in the area. We can show how a Sari shop is only one block down from a Jewish Mosque and how that works without conflict.
E. The Time frame will be only a couple of days to maybe two weeks of everyday life in this neighborhood.

The need for this film is simple. The film will be an example of diversity and how effectively people of different races can live together. It will send a message that if it can work in this small neighborhood in Chicago why can’t it work everywhere else in the world.
Posted by John Paul Garcia at 2:24 PM 1 comments 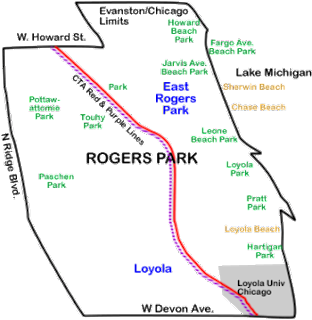 It is hard to pin point one thing in my life that changed my perception. But if I had to narrow it down to something I guess it would be entering college. I know it sounds cliché but its true. I went to Catholic school from middle school to high school. So twelve years of my life I had religion class and went to church on days other than Sunday. The education was great and I really appreciated everything I learned. I just always felt there was something more. I was taught to believe in heaven and hell and how god created everything. Then in my next class we learned about the big bang theory and how that created the universe. So I always felt school kind of contradicted everything.
One of my first classes I had at community college was a philosophy class. I had a brilliant professor and he really changed my ideas on things I wasn’t sure of in high school. I was taught even in high school that if you do something horrible you would go to hell. One of the things he let us think about was hell isn’t the same for everyone. For twelve years hell for me was evil, scary and horrible. I still think it is but what about everyone else. Maybe hell is heaven for some. That was just one thing he taught us that really made me think. That one class in college changed twelve years of thinking in one semester. I still believe in God, and I still go to church, its just religion and God are a little altered now.
Posted by John Paul Garcia at 5:10 PM 0 comments

As a Filipino American it isn’t hard for me to find influences to create media. All I have to do is turn on the TV and realize there is no one on television that represent me or the people I grew up with. I’m not saying there should an abundant amount of Filipinos or Asians on TV I’m just saying they shouldn’t be just one type of Asian on television. Every time I do see Asians on TV they are always playing the same role ninja, karate man, promiscuous Asian lady so on and so on. Whenever Asians are on TV they are the same race. There is no discrepancy between Chinese or Japanese, its just Asian. Its really disheartening too see this because there is a difference between each race. What frustrates me is there are no Filipinos out there at all.

Since I will be creating media for hopefully my career I want to make sure that people like me get a chance to be seen in the media. Filipinos or Asians in general are talented. It's just that you only see the stereotypical roles because that’s what the media calls for. I want to change that. I want to give all people a fair chance to be more than just a typecast. I want Asians to be considered heart throbs, I want Hispanics to be action heroes, I want all types of races and cultures to be treated fairly. Will it happen over night? Off course not, but this is what motivates me. I know it won’t happen right away. It's going to take hard work and getting people to open their minds. Not seeing people like me on TV is my biggest influence to create media. I feel once people get to see Filipinos or other races outside of their stereotypical roles media will grow into more than what is now. And what it is now is filled with only typecasts. .